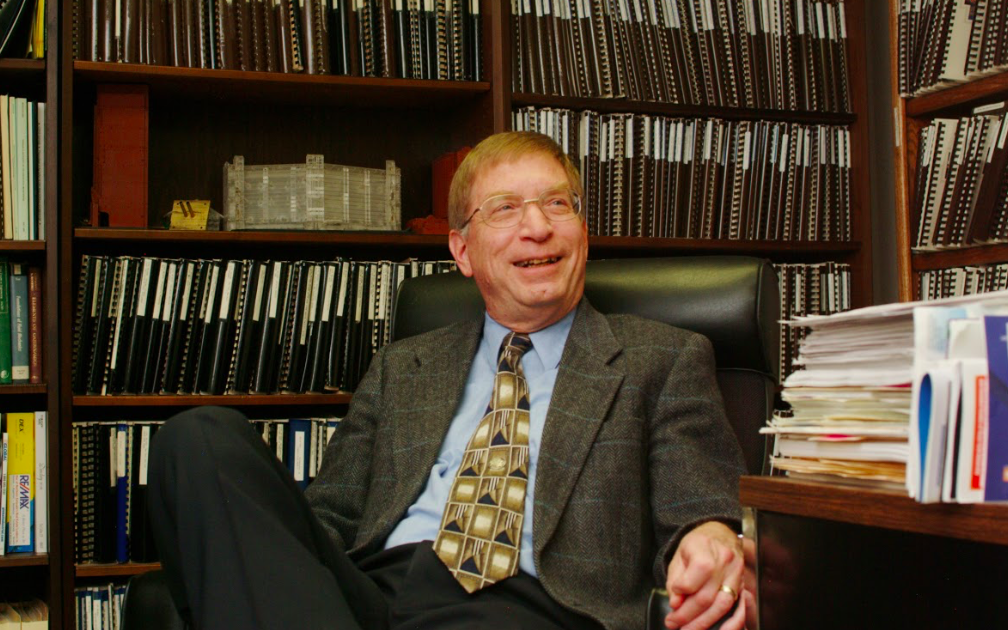 Jon had an enormous beneficial effect on me and so many other people who were fortunate enough to cross his path. Jon was one of the most knowledgeable people I’ve ever met, and he always made time to share that wealth of knowledge when I was struggling with something. His passion for his work and his dedication to the company he cofounded were inspiring. We all certainly mourn losing Jon, but we should also celebrate all that he accomplished and how he made the world a better place.

In 1979 I made a fateful decision to quit my engineering job of five years and return to the frugal word of a grad student to pursue a Ph.D in wind engineering at Colorado State University. Had I made the right decision?

I met Jon Peterka in 1980 as my assigned co-major professor. With anxiety I entered Jon’s office the first time for introductions and a potential scope of his research needs and my interests. We had a profound discussion of instrumentation and data usage for wind loads on tall buildings. I left with the firm conviction of having made the right decision. Little did I realize just how fatefully it would grow.

Jon’s door was always open, and usually harbored a line of young engineers eager for his insight and assistance with their wind engineering issues. The system worked because it was productive. He always had the answer, or at least suggestions and direction on how to look at the problem, where to look (or not to look) for help, or minor tests in the wind tunnel that would shed light. The underlying concern was always to establish a physical understanding of the problem. The answers were seldom short or trite—because Jon knew that such answers are not educational—but filled with background and related engineering basics in a memorable and motivating way.

During this time Jon introduced me to the ASCE 7 Wind Load Subcommittee and provided endless guidance and support for interpretation of old and new provisions. Through him and very talented colleagues at ASCE I learned the business of the national standard and most of all the strengths and weaknesses of its provisions. Jon’s knowledge of the wind standard, and virtually the entire field of wind engineering, bordered on encyclopedic. His powers of mental recollection were unparalleled, and his technical capabilities are rivaled by few.

After 39 years the stream of mentoring, technical aid, professional advice, and shared joy for the practice of engineering in general, has ended. The void will not be filled, but the memories and motivations will continue.

Jon was far more globally recognized than I think even he knew. He was great at pushing us, making us think outside the box, and trying to keep up with him. The group of first-generation wind engineers who had exposure to all parts of the field, and have first-hand knowledge of the reasoning behind much of industry practice, is getting much thinner and with Jon’s passing we have lost the last of the US originals.

Jon’s office was quite something. His desk was completely covered in stacks of folder and papers. From what I could tell, each stack represented something he was looking into, some research topic. The desk was so full of these stacks, he often didn’t sit and work at it. Instead he worked at a table against the side wall, which was also covered in stacks of folders, but in the middle of the stacks, there was a gap just large enough for a laptop and a pad of paper.

I would wander over to his office in the middle of the afternoon, some question I wanted to discuss, and feeling guilty about asking for his time when I could see he had some 40 stacks of research that needed attending to. But he would look up from his laptop, invite me in, and invest in discussing whatever piece of wind engineering was troubling me at the time. These discussions were always valuable, and I am still grateful for them, and I try to emulate his willingness to help.

I remember meeting Dr. P for the first time in 2013. He was very welcoming and gave me 30-minute tour of the tunnel. During the tour he highlighted several projects he felt passionate about. Well, many I should say. Not necessary the highest, the tallest or the ones with the most impressive architecture, but the ones where he learned the most about. The pure depth of his knowledge was impressive. His passion for wind engineering unmatched. His desire to learn stronger than ever. The tour ended up being 3 hours. 3 very entertaining hours I should add. I guess you can say we hit it off alright. Leaving CPP after that meeting, I was many stories richer, impressed by his intellect and experience, and proud to call him a friend.

At CPP he was known as Dr. P. Not to make fun of him. But Jon just seemed too trivial for a gentleman with his intellectual ability. He was much loved and a mentor to all of us. We will miss you, Dr. P.!

What a kind gentleman, who had a huge impact on that ASCE 7 Wind Load provisions for many cycles.  He will be greatly missed by the Wind Engineering community.

He was meticulous in details whether it was research, consulting or ASCE 7. On top of that a great gentleman. I knew him from CSU days as he was a close collaborator of Jack Cermak and later his partner at CPP and he served on my dissertation committee. Our interactions continued through ASCE-7, and other SEI Committees and most recently Wind Engineering Division.

Jon was a dear friend and colleague, also he was a great wind engineer and fierce competitor in the field of wind tunnel testing, with whom my path crossed on numerous occasions. I will miss him.

He will be missed… A true gentleman in all aspects! Jon was a pillar of wind engineering indeed. He served us and the profession so well…He was active in so many ASCE committees and publications as well. One of the best reviewers of the Journal of Wind Engineering and Industrial Aerodynamics, a source of knowledge and experience in the field. We will really miss him. May he rest in peace and his memory be eternal.

We will all miss Jon’s presence and guidance.  What I remember about Jon is his voice…..when he spoke it was with confidence and calmness and clarity.  I will personally miss that, although I will always be able to resurrect Jon’s voice in my memory which is a pleasant thought.

Jon was one of the pioneers of wind engineering and I will greatly miss his thoughtful input.  He chaired the writing of the first wind tunnel testing standard, ASCE 49-12, and made numerous important contributions to wind engineering knowledge.  I expect many others besides me will miss him.  My sincere condolences to his family.

It is very saddening to think that he will not be with us anymore. I had a pleasure and great memories of working with him in 70s through 90s. I and the wind engineering community will miss him.

The wind and structural engineering community have lost a giant. Really saddened by Jon’s passing. His mark on the ASCE Standard is long and detailed. He was a true pioneer in the world of wind engineering and wind tunnel testing. We will miss his thoughtful input and his calm but steady wisdom he always imparted to the dialog. May he rest in peace.

I first learned of Jon’s passing from Roy Denoon of CPP, who telephoned to convey the sad news. Subsequently, there was a communication from Don Scott chair of the ASCE 7 wind loading committee of which Jon Peterka was a member of long standing and a major contributor.

With his passing, the wind engineering community has lost yet another of its founding members. Jon was a distinguished member of our community and one of its most effective advocates. He made major contributions to the development of wind tunnel model testing of buildings and structures and the acceptance of wind tunnel data for design. He was a resourceful researcher, an excellent engineer and a great communicator, who left his mark in the development of wind loading codes and standards.

I am saddened by his passing but will always have fond memories of the many interactions which I had with Jon over the course of our professional lives. Jon and I were competitors in the field of commercial wind tunnel testing of buildings and structures. Jon was with Jack Cermak’s Wind Tunnel Group at Colorado State University in Fort Collins and subsequently co‐founder of CPP and I was with Alan Davenport’s Boundary Layer Wind Tunnel Laboratory at the University of Western Ontario. While competitors in the commercial world we respected each other’s contributions to wind engineering and were good friends, who socialized at wind engineering conferences and interacted during and after the many committee meetings, which we attended.

While there was an active Wind Effects Committee in the Structural Division of the ASCE, much of the development of wind tunnel model testing of buildings and structures is owed to the efforts of the Aerodynamics Committee of the ASCE Aerospace Division, which was an incubator for new ideas and technology. Both Jon and I joined the Aerodynamics Committee in the 1980s, when it was chaired by Henry Liu. Jon Peterka subsequently became chair of this committee and later moved on to become a member of the Executive Committee of the Aerospace Division and served as its Division Chair. At Jon’s urging I followed much the same progression through the Aerospace Division. Both of us contributed to the writing of the ASCE

Of his many contributions to wind engineering research, the following two stand out in my memory:

While saddened by the loss of a good friend and colleague, it is important to remember his contributions both professional and as a human being.